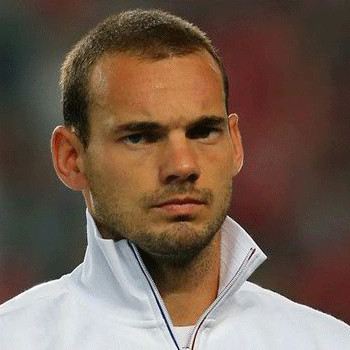 ...
Who is Wesley Sneijder

At the age of seven, he began his 10 years youth career with Amsterdam club Ajax, where his older brother Jeffrey was already training. His first pro contract with Ajax was signed at the age of 17.

He is a great mid-fielder and current vice captain of Galatasaray. For Real Madrid's 2007–08 season, he was the second of three Dutchmen to sign in for.

Since 2009, Sneijder and Yolanthe Cabau van Kasbergen were in relationship and finally married in 2011. They have a son named Jessey Sneijder. He was previously married to Ramona Streekstra.

He was given the title of UEFA midfielder of the season and has won five club titles. In 2010 World Cup, he got awarded the FIFA World Cup Silver Ball.

As per the source report, Sneijder is willing to transfer to Manchester United leaving Galatasaray.