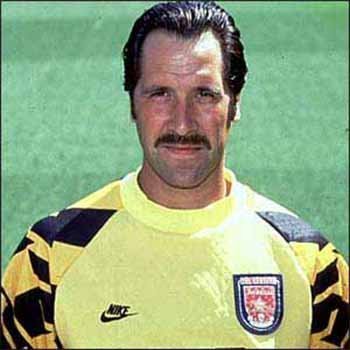 Seaman was born in Rotherham, West Riding of Yorkshire. He attended Kimberworth Comprehensive School. He began his career at Leeds United, the club he supported as a boy.

He appeared on England's national team for a record-setting 15 consecutive years. The peak of Seaman's career was during his period as Arsenal and England goalkeeper in the 1990s and early 2000s.

Seaman married Dancing On Ice's Frankie Poultney whom he paired with during the shows 9th series. Seaman announced their engagement in December 2013. It was his third marriage.