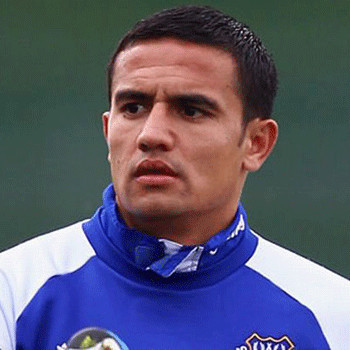 Cahill was born in Sydney, New South Wales. He was inspired to play football from his brother Chris Cahill who is Samoan footballer and former Samoa captain. He attended Bexley North Public School and graduated from Kingsgrove North High School.

Earning 76 caps and scoring 36 goals for his country Australia, he has become one of the highest profile footballers in the Asian Football Confederation. He is best known for his adept heading ability.

He is married to his childhood sweetheart Rebekah Greenhill in 2010. The couple have three sons named Kyah, Shae, youngest son who was born in 2012 and one daughter named Sienna.

He was criticized by his fans when he didn't apologized for his recurring role with the Australian national team, even if it means he could miss a vital part of the New York Red Bulls’ playoff push.