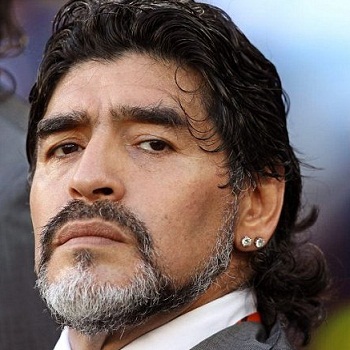 ...
Who is Diego Maradona

Maradona was born in Lanús, Buenos Aires Province. He was later raised in Villa Fiorito, to a poor family that had moved from Corrientes Province. Maradona is of Spanish, Crotian, Italian and Indigenous-Argentinian ancestry.

Maradona won the Fifa World Cup 1986 for Argentina. He has also won various trophies for his club Barcelona, Nepoli.He was honored joint FIFA Player of the 20th Century with Pelé.

He has scored the most controversial goal in the history scoring by hand and he is often linked with drug abuse.