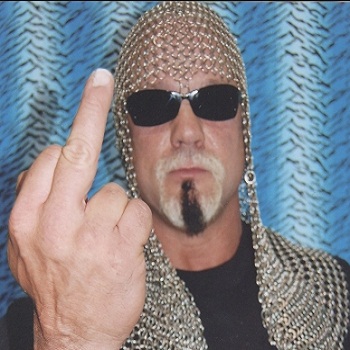 ...
Who is Scott Steiner

Steiner was born in Bay City, Michigan, United States. Before beginning his career as a professional wrestler, he was an amateur wrestler. He used to wrestling for the University of Michigan at 190 lbs.

Steiner weights 276 lbs. He had signature moves like Double underhook powerbomb, Elbow drop, with theatrics and as well Multiple suplex variations:Belly to back, Dragon and others.

Steiner is a married man. He has two children. While performing at a TNA house show in San Juan, Puerto Rico, he was kicked in his throat by his opponent. And suddenly he was taken to a hospitall, where he was diagnosed with a torn trachea.

Steiner excessively gained his weight in the late 1990s and he was questioned about steroid abuse but he denied it. which he denied. When he returned to World Wrestling Entertainment (WWE) in 2002, he was again asked to undergo a steroid test.