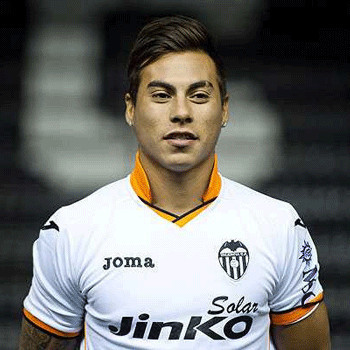 ...
Who is Eduardo Vargas

He is the son of Edward Vargas and Pamela Vargas. He has two Siblings as well, a brother and a sister Camilo Vargas and Baithiare Vargas respectively. He started playing soccer with amateurs teams in Renca, Santiaga.

There is no exact information to the media regarding his personal love life so it's pretty hard to say that he is in relationship with someone or single. We can only assume that he might be single until he announce his relationship status officially.

He has got several awards such as Top Scorer and Best Player of Copa Sudamericana, Best Forward and Best Player of Chilean Primera División and many others. On 2 September 2011, he scored his first goal from national team against a match with Spain.

There has been a huge rumor of Vargas getting transferred to Arsenal.