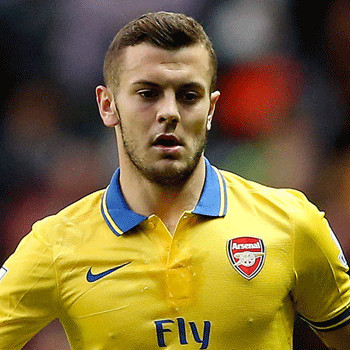 ...
Who is Jack Wilshere

Jack was born in Stevenage, Hertfordshire and now he has moved to Hitchin, where he grew up and captained his school team in soccer. He captained The Priory School football team to County Cup and District Cup where he showed his competency.

Wilshere is well known for his movement, vision, passing and combination play, and for his leadership on the pitch of the game. He has played in various positions including as an attacking midfielder, a winger, and as a deep-lying central midfielder.

Wilshere has been in a love affair with Lauren Neal, who gave birth to their son, Archie Jack Wilshere on 29 September 2011. they also have a second child named Delilah Grace Wilshere. Nothing has been heard about his divorce till now.

He won a Victory Shield in 2006/2007 as an international game. He is considered to be a youngest debutant in the club Arsenal and won FA Community Shield in the year 2014 by beating a re-known club Manchester City.

Wilshere was rumored to have been arrested in the early hours of the morning on 29 August 2010 in connection with a "fracas". He received a police warning for spitting on a taxi driver, after the driver refused to drive him home because he was too drunk.