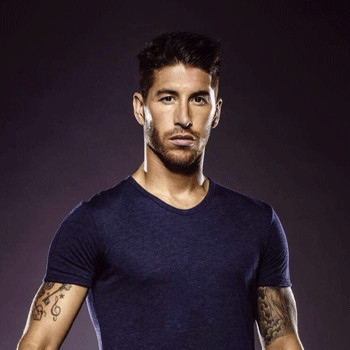 He was born in Camas in Seville, Spain. He began his football career at the football club FC Camas. His older brother named Rene who now works as his agent, encouraged him to play football and join his first club FC Camas.

At only age of 19 Ramos was purchased by Real Madrid in €27 Million in 2005.If he had not become a football player, his dream was to be bullfighter.

He was linked with many girls like Lara Alvarez, Former Miss Spain Elizabeth Reyes. But currently he is dating television presenter Pilar Rubio and have child together.

He is universal defense player who have been awarded with gold medals of the FIFA World Cup and the UEFA Euro. He was also announced as La Liga Best Defender in 2012.

He has most red card record in Real Madrid players. He is taken as one of the aggressive player, may be this is due to his unfulfilled dreams of becoming bullfighter.