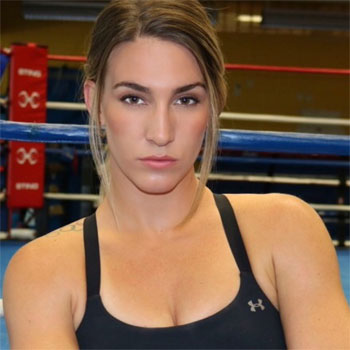 ...
Who is Mikaela Mayer

Grew up with the passion of boxing, she was named the National Golden Gloves Champion in 2011.

She became the vital part of Team USA in the women's 60 kg category at the 2016 Summer Olympic Games in Rio de Janeiro. However, she was defeated by Russian boxer, Anastasia Belyakova in the quarterfinal of the tournament.

The 27 years old, Mikaela Mayer is an unmarried woman. She also has not mentioned with whom she engaged or having an affair. She is a huge dog lover and owns a Bernese mountain dog. She has massive of followers on her Instagram account.

She was rumored to be having an affair with MMA fighter, Christopher Gonzalez. She also posted her pictures along with him on her Instagram account.