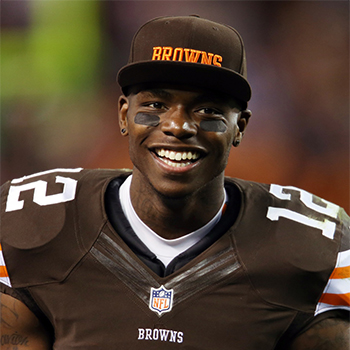 He grew up in a working-class family that was struggling financially when he was in college. Gordon attended Lamar High School in Houston, Texas, where he played football, basketball and ran track.

He led the NFL with 1,646 receiving yards in 2013 while also scoring 9 touchdowns. Gordon in infamous in NFL for his substance abuse and has faced many suspensions in his career due to that.

Josh was born in Houston, Texas. He is said to be a drug abuser and alcoholic. He has been arrested many times and had a lot of controversy throughout his career.