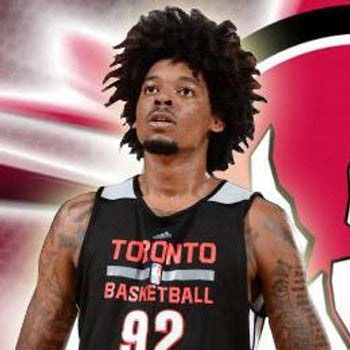 ...
Who is Lucas Nogueira

He started his career in the ACB, Spain's top basketball league. After declaring for, then pulling out of, the 2011 NBA Draft, he played two more years in Spain.

He represented his native Brazil at the FIBA U19 World Championship in 2011. He's spent time in the D-League with the Fort Wayne Mad Ants and Raptors 905.

He grew up in Sao Goncalo, Brazil. He is twenty four years old now. There is no current information about his dating life or his personal life.

Nogueira played for the Brazilian U-19 national team at the 2011 FIBA Under-19 World Championship. He was fifth in rebounds per game and second in blocks per game.