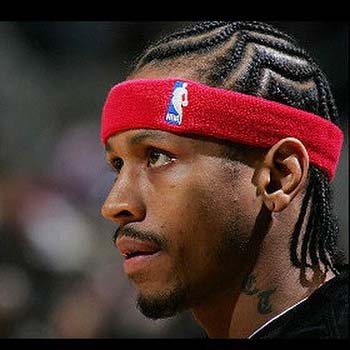 ...
Who is Allen Iverson

Iverson was born in Hampton, Virginia to a single mother Ann Iverson. He attended Bethel High School. He has attended Georgetown University under the guidance of Coach John Thompson.

Allen has an estimated net worth of $1 Million dollar. He belongs to black ethnicity. He was a dual-sport athlete. He earned the Associated Press High School Player of the Year award in both football and basketball, and won the Division AAA Virginia state championship in both sports.

Allen married his girlfriend and partner Tawanna Turner after dating for some time in the year 2001 but the couple went through the process of divorce in the year 2013. They together have 5 children named Dream, Isaiah, Allen II, Messiah, Tiaura.

Allen has won Big East Defensive Player of the Year award twice during his tenure at Georgetown University. During his NBA career, he was the top scorer four times and holds the record for 2nd highest per game scoring average behind Michael Jordan.

There is a rumor that Allen is again going to court for his children custody.