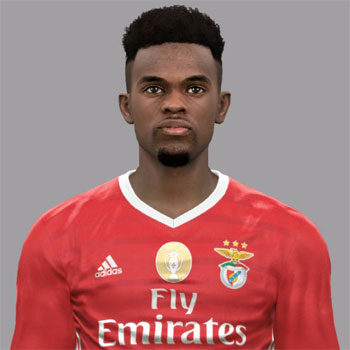 He and his wife Marlene Alvarenga have a daughter, Luana Pereira Semedo, born on May 9, 2016. He often posted his pictures along with his family on his social media account. Besides that, he owns a french bulldog, Pluto.

He scored 5 goals in 26 appearances for the club Sintrense and 2 goals in 43 matches for Benfica. Moreover, he was also honored with awards including LPFP Primeira Liga Breakthrough Player of the Year: 2016–17, UEFA Champions League Breakthrough XI: 2017.

Once he fought with a former teammate, Neymar. However, the exact reason behind their fight not yet disclose.