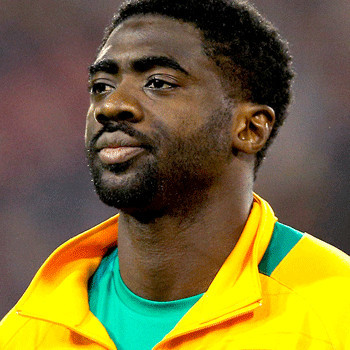 He was born in Bouake, Côte d’Ivoire.He spent childhood in the city of Abidjan. He grew up with little money and his condition was so wrecked that he didn't own his first pair of football shoes until he was 10 years old.

When he was kid he used to sell papers and clean shoes so that he could earn money to buy food. He is the elder brother of late Ibrahim Touré and player of Manchester City's Yaya Touré.

Toure married his longtime girlfriend of nine years, Chimene Akassou (Awo), in June 2012 in Ivory Coast. Couple have given birth to daughter Sania and son Yassine from their relationship.

He was awarded with FA Community Shield award twice with Arsenal from 2002 to 2009. In 2010 his tough performance helped Barcelona win a second straight league title.

After a drug test, he was suspended by The World Anti-Doping Agency imposed a 6-month suspension from football from 2 March 2011, when he took his wife diet pills.