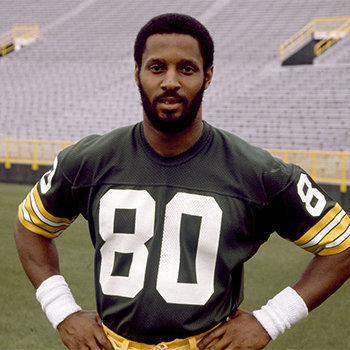 Hall of Fame wide receiver who was a four-time All-Pro as a member of the Green Bay Packers. He was a champion long jumper and football player for Stanford University from 1975 to 1978.

Lofton and his wife, Beverly, have three children: David, Daniel, and Rachel. Both of his sons David and Daniel are football players, and Rachel was chosen to participate in the third season of television's Endurance Hawaii, where she took 6th place.

He was inducted into the Green Bay Packers Hall of Fame and named to the NFL 1980's All-Decade team after his retirement.

In October 1984, a dancer at the Marquee Club in Milwaukee accused James Lofton and his Packers teammate Eddie Lee Ivery of sexual assault. Lofton and Ivery asserted that the acts were consensual.