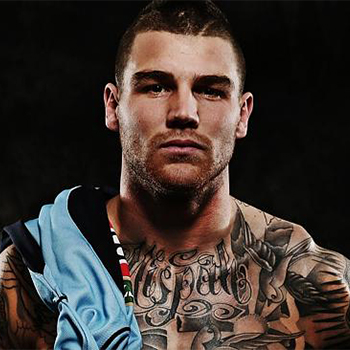 Dugan was born in Tuggeranong, Australian Capital Territory. He used to play in junior rugby League. Then he played for Canberra Raiders. Then he landed in NRL.

His salary is 700000 AUD.  He signed a contract with Brisbane Broncos in $2 million and St. George Illawarra Dragons with $2.8 million. He gained a cap when he was with New South Wales.

Joshua has a son with his ex girlfriend Amanda Palmer. His son name is Jackson. He ended his relationship with her when she was pregnant.

He was named as a rookie of the year and co-player of the year. In 2015 he was nominated for Best Representative Player.