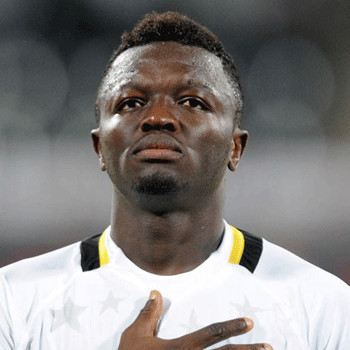 ...
Who is Sulley Muntari

He was born in Konongo, Ashanti, Ghana. He started his youth career by playing for Liberty Professionals youth team. Just at the small age of 16 he became a regular member of Ghana U-20 team.

Despite of his best performance in trial with Manchester United he ended up joining Italian based club Udinese in 2001. He is estimated to earn 1.5 million EUR as salary.

He is married to his long-time girlfriend Menaye Donker who is a Ghanaian Businesswomen. They were engaged in 2010. Other information about his personal life has not yet been disclosed.

He was in the headlines when he was suspended from Ghana national team squad on 26 June 2014 for some disciplinary reason.