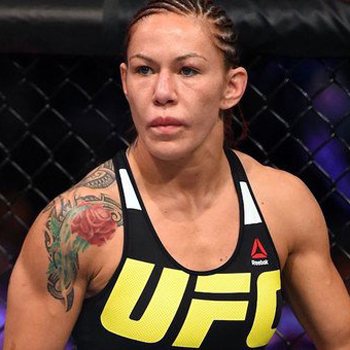 She was a national level handball player before being discovered by Rudimar Fedrigo, a Chute Boxe Academy trainer. She made her MMA debut on July 26, 2008, against Shayna Baszler at EliteXC: Unfinished Business. She won the fight by TKO in the first round.

Credited today as one of the talented MMA fighters, she has maintained a pretty amount of bank balance. She has a staggering net worth of $5 million.

She married her long-term boyfriend Evangelista Santos in 2005 and adopted his nickname. Their relationship did not sustain long. They separated in 2011. She is a naturalized U.S. citizen, since late 2016.

She won numerous awards which include: UFC Women's Featherweight Championship (One time, current), Fight of the Night (One time) vs. Holly Holm, One successful title defense.

So far, she has not been the part of any drastic rumors regarding her professional and personal life.