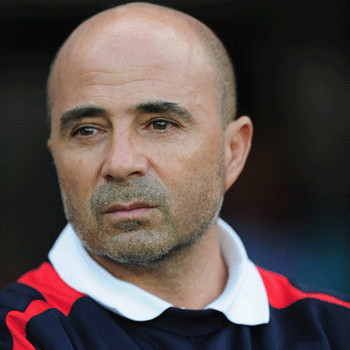 ...
Who is Jorge Sampaoli

He was born in Casilda, a city in the province of Santa Fe, Argentina. He started his youth career from his native club called Newell’s Old Boys.

He stopped playing football at the age of 19 because he suffered a tibia and fibula problem.But his love towards sports lead him to be a manager.

He has kept his personal life as a secret. But by looking at his age we can predict that he has got married. But there is no any information about it till date.

He has sucessfully managed many football clubs and national football team. He is currently managing Chile National Football Team.

There is no any rumor about his personal as well as his career life.