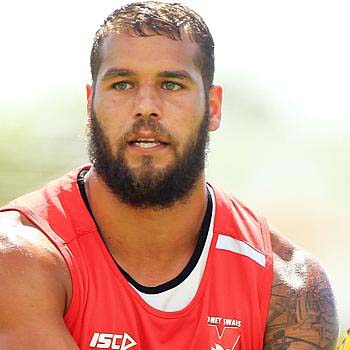 ...
Who is Lance Franklin

Lance Franklin was born on January 30, 1987 in Perth, Australia to Lance Sr and Ursula. Franklin won sports scholarship when he was fifteen and moved to Wesley College, Perth.

Lance Franklin is now engaged. After started dating from 2013 with Miss Universe Australian 2010, Jesinta Campbell, they are finally engaged and planning to marry soon.

Franklin has won different honors and achieve glory for his clubs too. His team won McClelland Trophy in 2014. He has won Coleman Medal:for three times along with All-Australian and many others awards as individual.