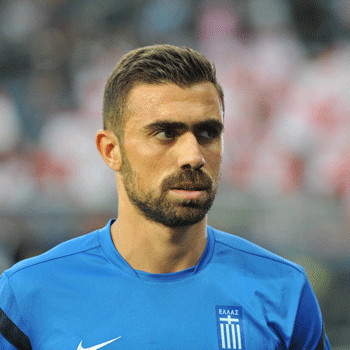 ...
Who is Giannis Maniatis

This skillful player was born at Livadeia, Greece and started playing soccer from there. He used to play with his mates at first and then later on played with various clubs.

He is married to daughter of one of the ex- president of FC Panionios of Athens Ioanna Gali. They met each other when Maniatis was a member of the Panionios’ squad. They don't have any children yet.

On 11 August 2010, he was called up to the Greek national football team to play against Serbia were he made his debut first time with national team. He got his 2nd cap for Greece in a UEFA Euro 2012 qualifier against Israel.

These days Maniatis is linked with Liverpool and he likely to transfer.