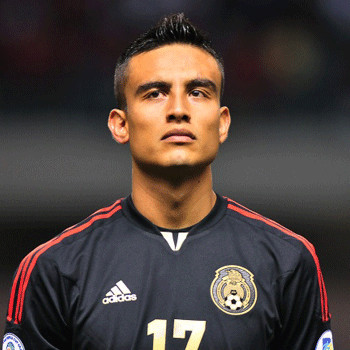 Jesus was born on 21st July 1987 in Monterrey, Nuevo León and was brought up in Mexico. Not much about his education is known but it is known that he debuted with Monterrey in the Clausura 2006 as a forward against Toluca.

Zavala debuted as a forward but currently plays wither as a Midfield or Defensive Midfield and his right foot is more prominent. His first goal was against El Salvador on on June 12, 2012.

Zavala seems to be secretive about his personal life but what is known is the fact that he has a net worth of 2.02 million dollars. nothing is known about his affair, marriage, children or divorce.

Zavala has scored two international goals and due to his exceptional skills has helped Monterrey win the Apertura 2010 and also got the chance to play in the 2011 Gold Cup.

Zavala is known best for his football career and very little is known about any kinds of rumors or controversies surrounding him. However, Víctor Manuel Vucetich and Mexico coach, José Manuel de la Torre seem to be the ones pushing him up in his career.