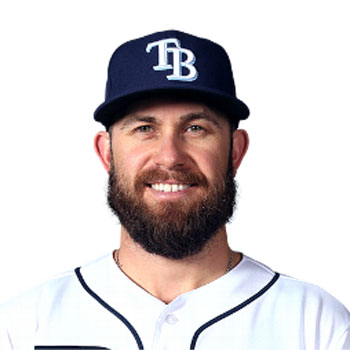 ...
Who is Evan Longoria

He appeared in a TV commercial for Gillette. Moreover, he featured in an ad for New Era. He is also a self-taught drummer. As of 2012, his salary is $4.5 million. He has a staggering net worth of $30 million.

He started dating Florida Atlantic University graduate and American police officer, Jaime Faith Edmondson in 2012. After a year of their relationship, the duo gets engaged in 2013. The happiest moment came in their life when they celebrated their marriage on December 31, 2015, in the presence of their family member and relatives. The couple is parents of their son and a daughter Elle, and Nash. Their both children are born before their marriage. He is also the owner of the restaurant in South Tampa called "Ducky's"