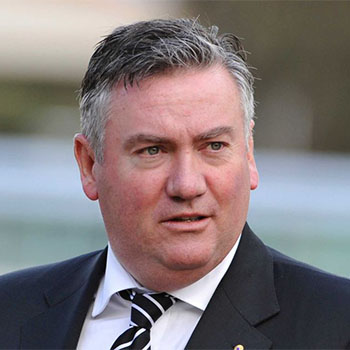 ...
Who is Eddie McGuire

He was born and raised in middle class family in Broadmeadows Vic, Australia. He has three siblings named Frank McGuire, Brigette McGuire and Evelyn McGuire.

He got his first job at The Herald in the late 1970s with the help of his older brother Frank McGuire. He worked there as a cricket reporter.

Beautiful lady, Carla McGuire is the loving wife of Eddie McGuire. They got married in 1997. He is the father of two children.

In 2005, he was honored with Member of the Order of Australia.

In the early 2013, he made a racist comment to Adam Goodes.