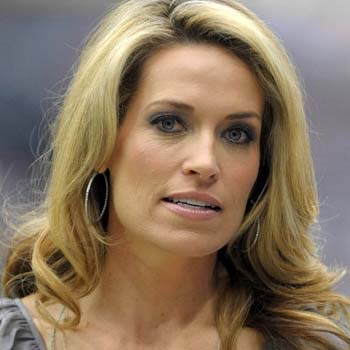 ...
Who is Alex Flanagan

Graduated from the University of Arizona and Salpointe Catholic High School in Tucson, Arizona, Alex began her television career as a student intern at KVOA-TV. After graduation, she worked as a general assignment news reporter and weekend anchor at KCCO-TV.

To express her support for the ALS fundraising campaign, she completed the ALS ice bucket challenge in August, 2014. Her parents own and operate The Steak Out Restaurant in Southern Arizona.

Married to former Wildcat basketball player Kevin Flanagan, who is the co-founder of the shoe company The Peoples Movement. She and her husband have three children.

2014 Gamma Phi Beta carnation award winner. Alex’s writing has been published in a variety of places about her all female fantasy football league on NFL.COM.