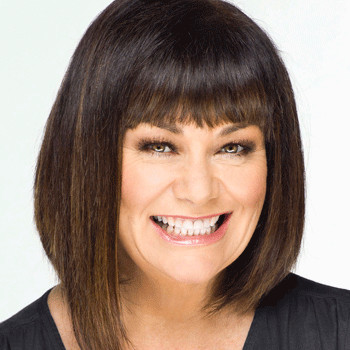 Dawn French parents name are Denys Vernon French and Roma O'Brien.She was educated in Abbey School.She later studied in Caistor Grammar School in Caistor and won a scholarship in a debate competition to study in Spence School at New York.

Dawn French firt met her comedy Jennifer Saunders at Central School of Speech and Drama.She had a property wroth of £2.3 million in Fowey, Cornwall.

Dawn French was awarded with BAFTA Awards in 2009.In 1997 she won British Comedy Awards for movie The Vicar of Dibley.

Dawn French was in a rumor that she married to her boyfriend Mark Bignell,but the news have not been confirmed.