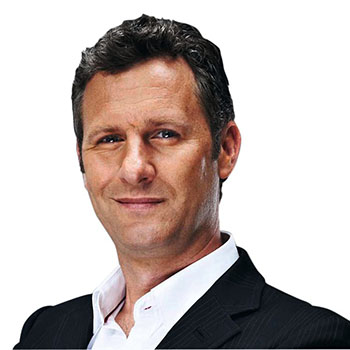 Adam Hills was born in Sydney, Australia and is originally from the southern Sydney suburb of Loftus. He completed Bachelor of Arts from Macquarie University in 1991.

Adam has a very notable net worth of $1.2 Million Dollars. He was born without a right foot and wears prosthesis. Hills first appearance in comedy scene was in 1989 at the Sydney Comedy Store.

Adam was dating Ali McGregor. In December 2009, he got married with his girlfriend Ali McGregor, an opera soprano. They have two daughters together.

Adam has been nominated for three consecutive Edinburgh Comedy Awards for his 2001, 2002 and 2003 solo shows at the Edinburgh Fringe. He has won 2012 Logie Award for Most Popular Presenter for Spicks and Specks.