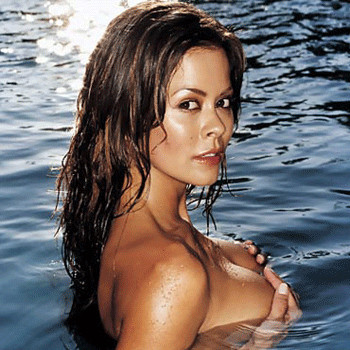 Brooke Burke net wotrth is about $13.5 Million USD.Her full name is Brooke Lisa Burke.She was raised jewish but she also celebrates Christmas.At the age of 14 she won her first beauty peagent.

Brooke Burke married to plastic surgeon Garth Fisher and had two daughters named Neriah and Sierra.Later she dated David Charvet.When they were dating they had a daughter named Heaven Rain and later son Shaya Braven.They got married on August 12 2011.

Brooke Burke have appeared on several magazines,mostly men's magazine like Maxim, Stuff,Playboy and FHM.She was also listed as hottest women on film.She was also awarded as VGX Award for Best Performance by a Human Female.

Brooke Burke was rumored of leaving the show Dancing With Stars.She was also rumored to be replace by Erin Andrews.