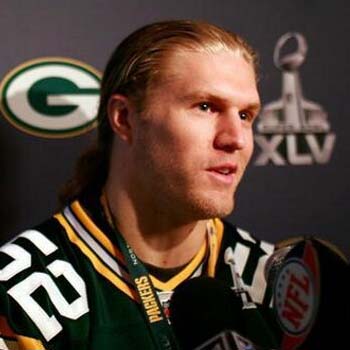 ...
Who is Clay Matthews

He has a massive height as he measures six feet and three inches tall and his weight is 255 lb or 116 kg. His net worth is estimated to be around $66 million.

He has been in love with Casey Noble since a long time. They also had a son togehter in the early 2015. In July 2015, they got bonded into a married life.

He is also an actor and has starred in Pitch Perfect 2.