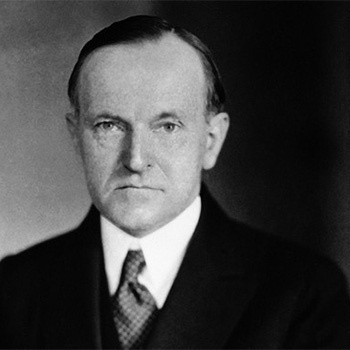 ...
Who is Calvin Coolidge

He was born on the laps of John Calvin Coolidge Sr. and Victoria Josephine Moor. He was born as the eldest child of his parents.

He served as the president of the United States from 2nd of August 1923 to 4th of March 1929. He was married to Grace Coolidge.

He as a devoted husband and the father of two lovely children. His first son John Coolidge was born at the end of 1906.

He died in the early 1933 and the reason of his death is coronary thrombosis.