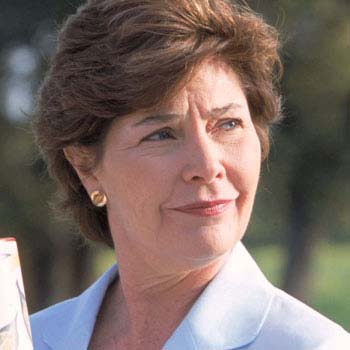 Laura Lane Welch Bush is well known and reputated personality. She is the wife of the George W. Bush,43rd President of the United States, and was the First Lady. She is the author, teacher and librarian as well.

Bush was born in Midland,Texas. She loves to read since her younger days. She joined Robert E. Lee High School and graduated from Southern Methodist University in Bachelor of Science degree in education.

She was also the first Lady of Texas.She has a very good relationship with her friend and successor Michelle Obama. She is actively supporting the child education and a women welfare.

Lane met George W. Bush at the barbecue party. Later he proposed to her and ended up in marriage. Together they have two daughters. She is not having extra marital affairs.

She earned Elie Wiesel Foundation for Humanity, The Nichols-Chancellor's Medal, Living Legend Medallion and others.