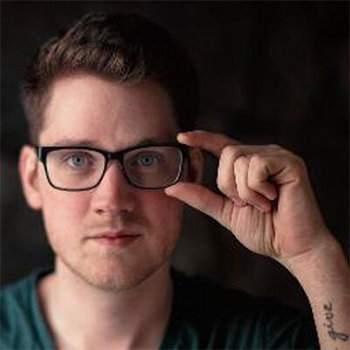 Alex was born in Poughkeepsie, New York. He began recording music in 2004 at the age of 16. He has since gained popularity from various social network sites and his own website.

He founded Gootmusic company that helped him to distribute his music. He has earned more than 2.5 million subscribers in his YouTube channel.

Goot began a relationship with fellow YouTuber Elle Fowler in 2013. After two years of their relationship they got engaged on July 3, 2015. He proposed her in the beach singing a song he wrote for her.

His celebrity rank has fallen and he is now ranked in the 400's among subscribers and 800's in views.

Alex pretty seems like a straight-forward guy and there has been no rumors or controversies about him.