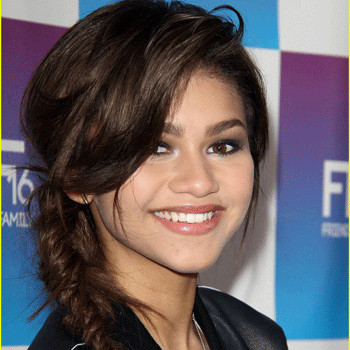 ...
Who is ZENDAYA COLEMAN

Attended Oakland School for Arts and studied her craft at the Cal Shakes Conservatory Program. As her mother worked as the house manager in a theater, she has helped her mother seat patrons and sell raffle tickets to benefit the theater.

Is a vegetarian though does not like veggies much. Obsessed of diamonds,eyebrows and nails. Stalks on fans on Twitter.

Still single ready to mingle. She lives in LA with her family and a dog named Midnight.

Has been nominated for several Awards and honored for her performances. Winner of Radio Disney Music Award in 2013.

Rumor about her dating with Trevor Jackson has on been the news but both of them decline it saying they are very close friends and to stop pulling the rumor.