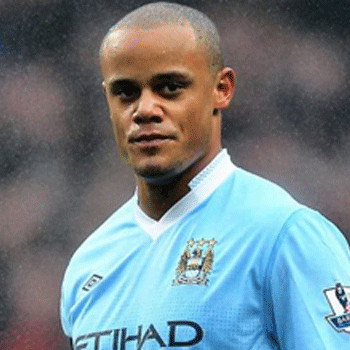 ...
Who is Vincent Kompany

He was born in Uccle, Brussels, Belgium. His birth name is Vincent Jean Mpoy Kompany. He was interested in football from his early age so he started his career at the age of 17.

He is the captain of the both club and the national team. He wears jersey no. 4. It is said that his current market value is 29,04 million Euro.

He is happily married man having a family of 4. His spouse name is Carla Higgs Kompany. They have got two children named Kai Kompany and Sienna Kompany.

He is a very fantastic and skilled player. Till now he has achieved different popular awards. Belgian Golden Shoe in 2004, Premier League Player of the Season in 2011–12 etc.