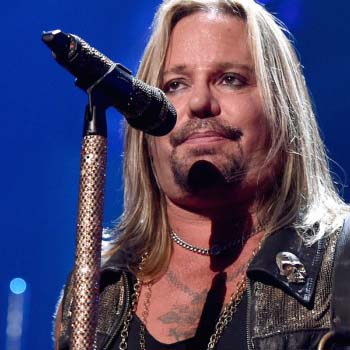 Vincent was born in Hollywood,California. Later his family migrated to Southern California where he enrolled at a Sunflower Intermediate School and later Royal Oak High School. Apart from musical interest, he was also active in surfing, basketball, baseball, football and wrestling.

Wharton has an amazing net worth of $50 million.  He is very fascinated by motor cars and participated in race as well. He has a charity foundation after his daughter died from cancer.

Neil was married fourth times till yet. But he got divorced with all of them. Firstly to Beth Lynn then Sharise Ruddell (one child), again with Heidi Mark and finally with Lia Gerardini. Currently he  is single.

He was sentenced to jail and a hefty sum of amount as penalty for drinking and driving which caused an accident and killing his friend  Nicholas "Razzle" Dingley. He has been arrested for numerous time for cases like sex abusing,punching a record producer, misdemeanor assault  and so on.