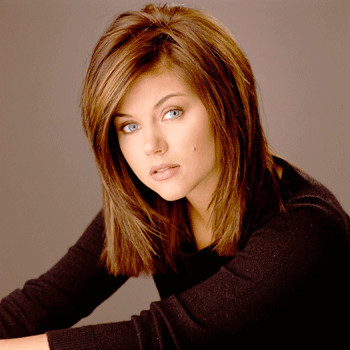 ...
Who is Tiffani Amber

Tiffani Thiessen is the daughter of Robyn and Frank Thiessen.She joined Cubberley Elementary and also Marshall Junior High School.She was graduated from Valley Professional High School in 1992 as valedictorian.

Tiffani Thiessen spent her childhood in Long Beach,California.Her net worth is about $13 Million USD.She was also seen in the cover of Teen Magazine in 1989.Her full name is Tiffani Amber Thiessen.

Tiffani Thiessen dated Brian Austin Green.She then was in a relationship with David Strickland but he committed suicide.She then got engaged to Richard Ruccolo.She later got married to Brady Smith and gave birth to daughter named Harper Renn Smith.

Tiffani Thiessen was crowned as Miss Junior America in 1987.In 1990,1992 and 1993 she was nominated for Young Artist Award.In 2003 and 2005 she was also nominated for Teen Choice Award and Jury Award respectively.

Tiffani Thiessen was rumore of living in a relationship with Brian Austin Green and also got engaged with him.