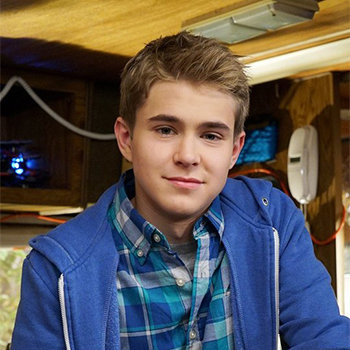 Gus Kamp came into the world on July 5, 1999. He was born in Denver, Colorado. He moved to Los Angeles, California when he was eleven years old. At nine, he learned to do magic tricks, which he performed wherever he went.

At three-years-old, he entertained his family by acting out scenes from Star Wars. By the age of ten, he was chosen to perform an opening skit for popular comedian David Cross in front of 3,000 people.

Gus Kamp has two brothers named Henry and Ernie. He had a relationship with a girl named Charlene Geisler for a long time. His girlfriend is a YouTuber and actress.

Kamp makes a decent amount of money from his career. However his current estimated net worth is still under review. He is yet to receive any kind of specific award/

He hasn't been in any kind of rumors and controversies till the date.