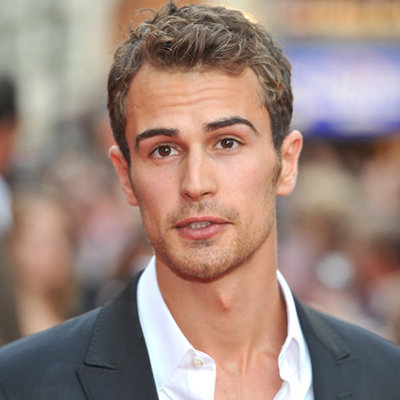 Theo was born in Oxford, Oxfordshire, England where he attended the Alysbury Grammar school and then received an undergraduate degree in Philosophy from University of Nottingham . he then trained at the Bristol Old Vic Theater School.

Theo is currently 30 years old . He comes from a English, Scottish and Greek ancestry and had two brothers and two sisters. prior to acting, Theo was working in National Health Service in England. He was a part of bands Makora and Shere Khan.

He met actress Ruth Kearney back in 2009 and have been dating since.The couple have not married till date and they do not have any children . There are rumors about infidelity on Theo's part with co-star Shailene.

There have been rumors that Theo and Divergent co-star Shailene Woodley are haveing an affair since 2014 but these rumors are fallacious because Theo is time and again photographed with Kearney in various events.