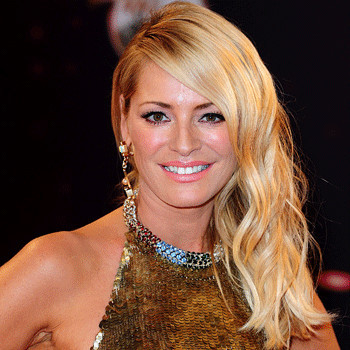 Tess Daly net worth is about $4 Million USD.She belongs to English ethnicity and follows Christian religion.She have got blue eyes with her hair dyed blonde.She was 16 when she did her first modelling job in Tokyo.

Tess Daly got married Vernon Kay on 12 September 2003.He works as a DJ.They have two daughters named Phoebe Elizabeth Kay and Amber Isabella Kay.Her father died because of emphysema.

Tess Daly have released two novels named The Camera Never Lies and It's Up to You New York.She appeared on Steal the Show Christmas 2009 campaign as the face of La Senza in the UK.