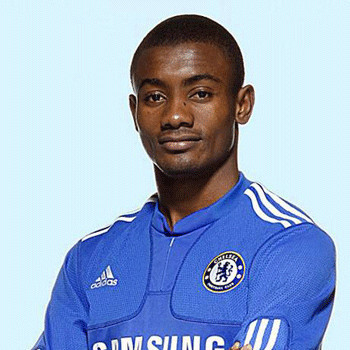 ...
Who is Salomon Kalou

He played since he was very young starting his youth career from a native club ASEC Mimosas. He made his professional debut from the club Feyenoord in the year 2003.

He is a talented striker who has the blistering pace in the game and is energetic and enthusiastic player having the packs of stamina and strength within leading him to efficient speed in the game. He is the player who is perfect for the counter attacks.

There are no such information, such as his marital state, his personal life and other affairs. Due to various reasons these matters weren't shared to the media or on the internet.

He joined the Chelsea football club and described it to be his dream come true and was awarded with the FA Community Shield in 2009.