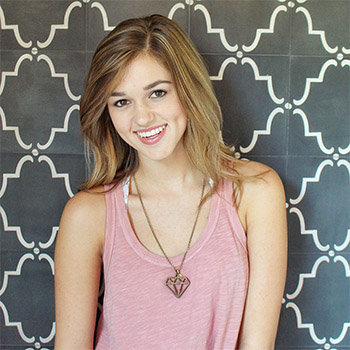 ...
Who is Sadie Robertson

Sadie Robertson’s net worth is $750K. In 2013, she ranked thirty-sixth in the state of Louisiana for javelin throwing. She sang "Away in a Manger" with Alison Krauss for her family's best selling album, Duck The Halls: A Robertson Family Christmas. She has her own line of dresses in a collaboration with Sherri Hill.

Duck Dynasty star Sadie Robertson is single. She broke up with her longtime boyfriend, Blake Coward in March 2016. The couple dated for more than two years.

In 2014, she was a celebrity competitor on Dancing with the Stars: season 19. She paired with professional dancer Mark Ballas and finished the competition in second place.