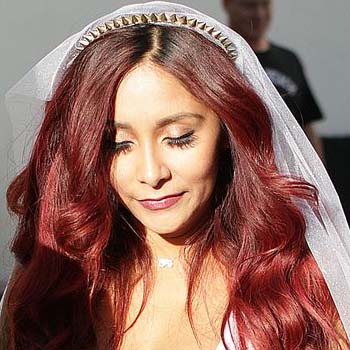 ...
Who is Nicole “Snooki” LaValle

She did her high schooling from Marlboro High School. She was a cheerleader as well. After she enrolled in community college where she thought to initiate her career as a veterinary technician.

She was nicked named as Snooki when she became first girl in her friend's circle to kiss a boy. In her Jersey Shore days she had earned $150000 per episode. She was an adopted child.

Snooki was just engaged to Jionni LaValle when she gave to their first child and second child. Finally in 2014 the couple happily got married with each other.

She received WWE Slammy Awards and other nominations.