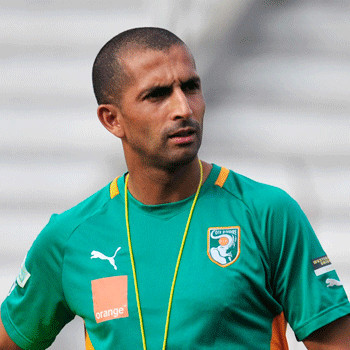 In 1997, he started his youth career in AS Duchère and went on with Cascol Oullins and then he started his professional career in Alès. There he impressed the coaches and was known one of the best player in the team.

He is currently the coach (Manager) of Côte d'Ivoire national team. He debuted in 1996 and was one of the key player in French European Championship squad. He was in France's preliminary squad of 28 players for the 1998 FIFA World Cup.

He has kept his love life apart from the media so there is so such information about Lamouchi getting married or got divorced nor dating someone recently.

He was capped 12 times and scored one goal for the national team. In the year 2002, he won the Italian Cup with Parma F.C. And in the year 2006, he was the runner-up of the Coupe de France with Olympique de Marseille.

Lamouchi Resigned from Ivory Coast Manager after World cup 2014, it's been a great controversy why he did so.