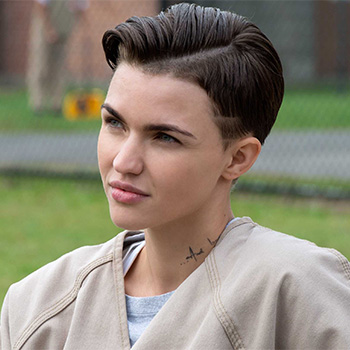 She was born and raised by a single mother. Her mother Katia Langenheim was just 20 years old when Ruby was born.

She weights 128 lbs or 58 kg and her height is five feet and eight inches tall. She has an athletic body and her birth sign is Pisces.

She revealed her sexuality when she was 12 years old. She announced that she is lesbian at that young age. She also dated Jessica Origliasso for several months.

She suffered physical and mental abuses when she was in her early teens.