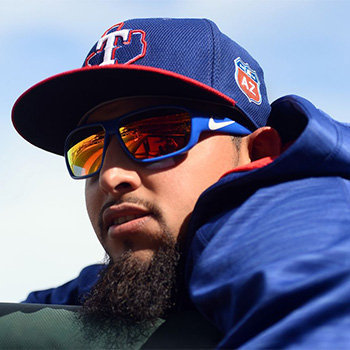 Odor is from Maracaibo. He was born to Rougned José Odor and Carolina Zambrano. He has a brother who signed with the Rangers' organization in 2015.

He made his MLB debut in 2014, playing in more than 100 games and earning a spot on the Opening Day roster the next year.

His uncle Rouglas is a hitting coach in minor league baseball. Odor's younger brother, also named Rougned signed a contract with the Rangers on February 19, 2015,

He has made headlines throughout his career for fighting. He was suspended in 2011 after a brawl during a minor league game and again five years later for fighting during a game against the Blue Jays.