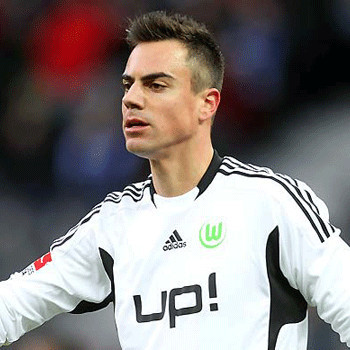 He was born in Zürich, Switzerland. he started his career in football with hometown side Grasshopper Club Zürich. when he was just a teen he moved to Germany and joined VfB Stuttgart.

He is a talented goalkeeper and he has strong right foot. he is very good at aerial activities and kicking with very good reflexes to tend his body in order to prevent the goal shots from entering inside the box.

Talking about his personal life he is married man. His spouse name is Nadin Benaglio. Couple has given birth to one beautiful daughter, named Melija Benaglio.

During his involvement in club Grasshopper He helped the team to win Swiss Super League 2000–01. He was part of the Wolfsburg when the team won Bundesliga 2008–09 title.

He was in the headline when he left the squad to face England to be with his wife Nadin Benaglio who she was about to give birth to his first child.