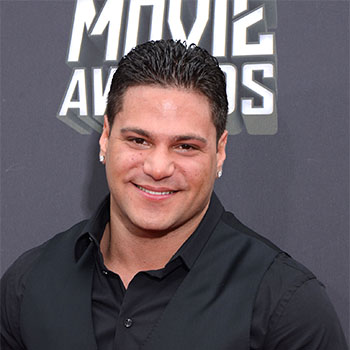 Ronald Magro and Constance Ortiz gave him birth in The Bronx, New York he has one step brother. His academic qualifications is missing. He used to work in real estate.

HE along with his other cast members were appeared in the movie The Three Stogges. He has well maintained biceps, chest and muscles.He has tatoo in right arm and aight rib. His calculated net worth is $2 million.

Another cast member of Jersey Shore Sammi "Sweetheart" Giancola was his girlfriend. but they ended up their 5 years of relationship. currently he is single.

He faced lots of controversies.He was arrested for punching Stephen Izzo. He has even charged civil law against him. Because of fighting, he had spent some period in jail.