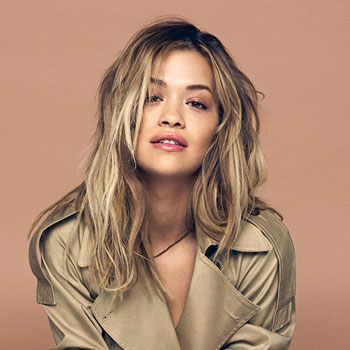 Her mother, Vera (née Bajraktari), is a psychiatrist, and her father, Besnik Sahatçiu, is an economist and a pub owner. She has an older sister, Ora and a younger brother, Don. Grew up with the passion for music and acting, she attended the Sylvia Young Theatre School and appeared on Craig David's single "Awkward."

To date, she has appeared in numerous films and television series which include: Spivs, Southpaw, Fifty Shades Darker, The Brief, The X Factor, and Christmas in Washington. Moreover, she also appeared in the commercials of Skullcandy headphones, Material Girl, Coca-Cola, DKNY, and Roberto Cavalli Autumn/Winter campaign. According to Celebrity net worth, she has an accumulated net worth of $16 million.

She is currently dating a music producer Andrew Watt. Besides her career, she is a philanthropist and raises fund for several charitable organization which includes: Princess Grace Foundation, Band Aid 30, David Beckham's UNICEF charity "Match for Children" held at Old Trafford, Manchester and many others.

Despite being a successful celeb, there is no any rumor or controversy regarding her professional and personal life.