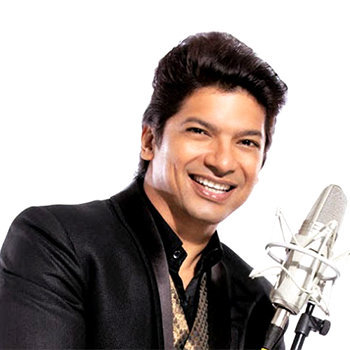 He was born in Khandwa, India. His father died when Shaan was 13, after which his mother found work as a singer and took care of the whole family.

Shaan is one of the few Indian singers who have collaborated with international singers. After working with blue for the song "One Love" and singing the theme song ("Shuruat") for the movie The Chronicles of Narnia: The Lion, the Witch and the Wardrobe, Shaan collaborated with Michael Learns to Rock for his album Tishnagi.

He raised two sons, Soham and Shubh, with his wife Radhika. He is considered as the one of the most popular voices for romantic as well as melodious songs and is one of the most versatile singers.

He has won many awards in his career mostly for his playback singing.