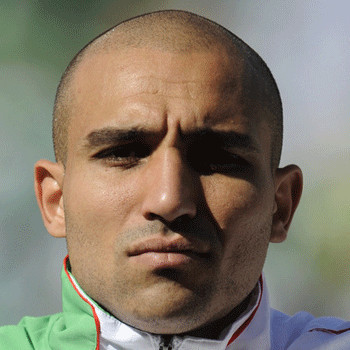 ...
Who is Rafik Djebbour

He was born in Grenoble, France. When he was just fifteen years olde in 1998 he signed for Auxerre's youth academy and after five years with academy he was transferred to senior team. He debuted professionally when he was just 19 years old.

He is nicknamed as "The Terrorist" for his ability to terrorise defences and also due to machine gun celebration of his goal. He has played a vital role in Algeria’s winning campaign for qualify for the FIFA World Cup 2010.

Talking about his personal matters, no information about his affair or dating anyone has been disclosed yet. Thirty years old Algerian football player is still single.

He was in the headlines when he interviewed the media telling that he was disappointed with the club Louviéroise when it didn't support him when his brother was in a coma for five months.